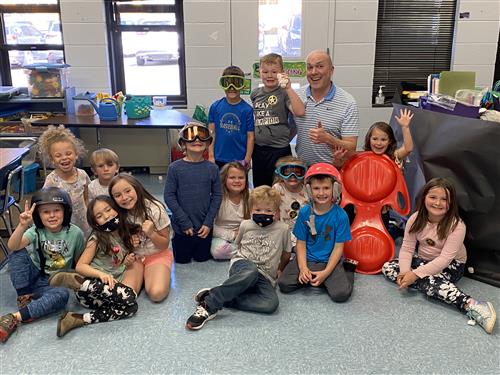 After a two-year pandemic hiatus, Heather Ward’s Kindergarten class at Green Valley School has extended its undefeated streak against the Watauga County Schools Central Services Staff with another resounding victory in the annual snowball fight held in their classroom March 8.

Equipped with marshmallows to substitute for snowballs, the stalwart kinders crafted armor from umbrellas, snow sleds and ski goggles provided by team captain Superintendent Scott Elliott to put together a formidable defense that showed its value early, stopping WCS staff in their tracks.

Hastily outfitted with newspaper hats and brooms scavenged from the classroom, the visiting team wilted under a veritable hailstorm of marshmallows winged from every angle by the Golden Eagle’s youngest organized team of students.

Elliott, who each year defects from his central office colleagues to join the Golden Eagle Kinder squad, said the annual contest is a highlight of his year. He said he approached the melee with particular gusto this year having missed the last two due to COVID restrictions.

“This year’s event, like most years, was no contest at all. The kinders came prepared with a multi-layered defense and a wave of marshmallow artillery that quickly wore the old people down. But like every year, we all came away as friends and celebrated the Kinder’s success with popsicles and ice cream sandwiches.”

Elliott said the contest was a refreshing reminder that more and more school events are returning to their normal operation.

“In all seriousness, this is an event we look forward to every year to have fun with our students and spend time together in the classroom,” Elliott said. “We are never quite able to time it up with real snow, which maybe is for the better. This year felt like a celebration of school being more and more like normal.” 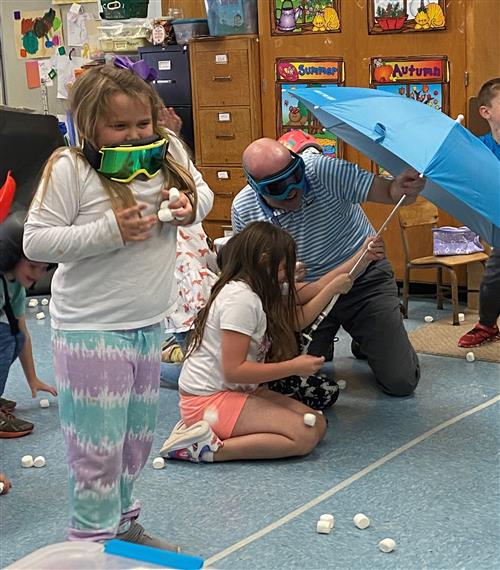 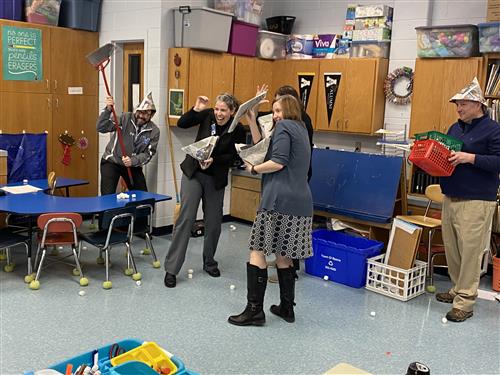