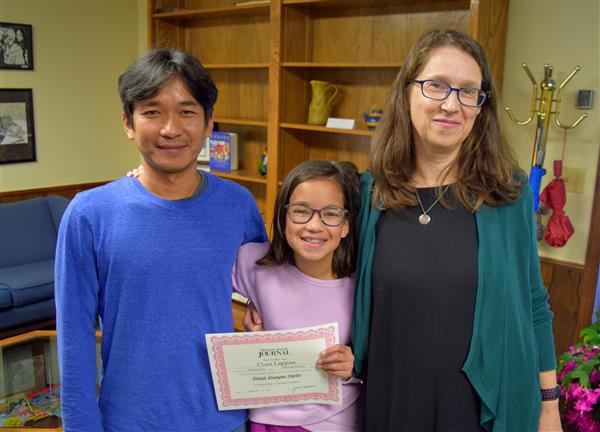 The top-speller in each school was invited to attend the competition held at the WCS central office. This year’s contestants were: Liliana Wyatt of Bethel, Iris Westerman of Blowing Rock, A.J. McAulay of Cove Creek, Zeke Walker of Green Valley, Clara Lappan of Hardin Park, Mark Spaulding of Mabel, Ben Baublitz of Parkway and Grant Painter of Valle Crucis.

A single speller from each school secured a stop at the district-wide spelling bee final by winning a competition among fourth through eighth-grade students at her or his school.

Meredith Jones, Watauga County Schools Director of Middle Grades Education, said regardless of the competition's outcome, students had demonstrated hard work and dedication to make an appearance at the district bee.

“We want to celebrate these great students from each school,” Jones said. “It’s an honor and achievement to the be the best speller in your school and to come to compete in the district bee. I’m grateful to all of you for representing your schools so well. Thanks are in order as well to all the local businesses who support us and make the spelling bee possible.”

This year’s bee was also made possible by the work of a team of school personnel and volunteers. Jones along with Kim Hall of the central services team coordinated the logistics and planning for the WCS Spelling Bee, and school level coordinators oversaw the spelling bee competitions at each school.

Wayne Eberle, WCS director of accountability and school improvement, served as the pronouncer, while Assistant Superintendent Stephen Martin, Director of Instructional Support Services Betsy Furr and Ike Smith, Director of the The James Center for Student Success and Advising at Appalachian State University, served as the panel of judges.

With her victory at the county level, Lappan will go on to represent the district at the regional level in the spring. 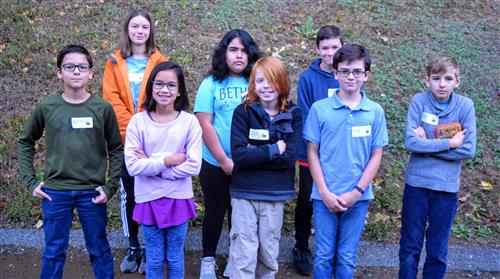